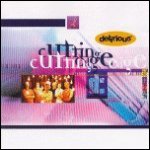 I was flipping through the channels last night and I came upon Delirious? playing at what appeared to be some New Year’s Eve bash. They were doing their classic History Maker. And that has put me in the mood for some late 20th-century “modern worship.” All day today, I’ve had Delirious? playing either in my head or on some audio equipment somewhere.

So, in honor of my buddy Tony McCollum (and his now virtually defunct blog) the first Unwind (Wind-up, eh, Tony?) of 2006 is Delirious? from their Cutting Edge CD and from the Worship Together compilation Revival Generation: I Could Sing of Your Love Forever.