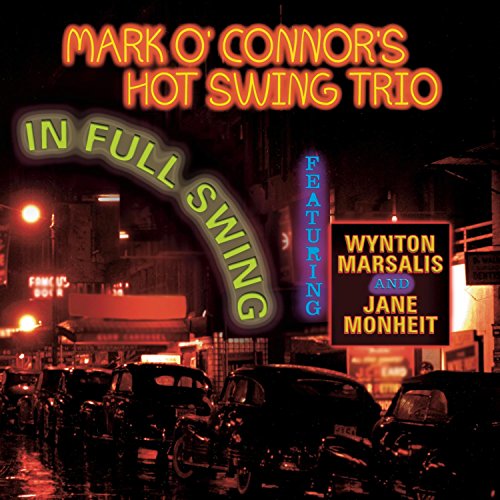 It’s been a long time since I posted an “Unwind.” Usually “Unwinds” happen on Sunday nights, but lately, Sunday nights have been way too unwound already to even think about unwinding.

Anyway, it’s a breezy summer evening here in northwest Georgia, and I’m out on the back deck with my obsolete laptop and a wireless connection. I’ve got a big ol’ honkin’ glass of ice water and a small bowl of almonds.

I’m reading Twyla Tharp’s The Creative Habit: Learn It and Use It for Life, and jotting some really good thoughts in my Moleskine.

My “Unwinds” usually include some good music and tonight is no exception. I first discovered Mark O’Connor on the video for “The Devil Went Back to Georgia” (featuring Johnny Cash as a preacher…very cool!). Some time last week, our local NPR station had a feature on Mark O’Connor and his Hot Swing Trio, doing the music of Django Reinhardt and Stephane Grappelli. I had forgotten about that program until I read in Twyla Tharp’s book about how she used one of O’Connor’s works in a major dance project. Talk about synchronicity!

At any rate, you could do a whole lot worse than Mark O’Connor’s stuff for an “Unwind.” Oh, did I mention that the CD also includes Wynton Marsalis and Jane Monheit?