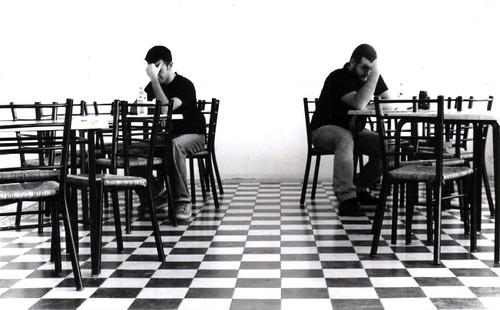 Many of us think about changing jobs, about quitting our humdrum career and doing what we were made to do.

But most of us won’t. Why? Because we have fantasies about what that “dream job” would be, but we lack direction or courage or confidence or skill or whatever the excuse du jour.

I’ve been thinking about that lately, and I keep coming back to what a lot of others have said…

Let’s take that a step further.

How do you fill in those blanks?

If I were a pastor, today I would be preparing for Sunday’s message. I would be studying the Scriptures, praying over the truths and insights. I would be crafting the message so that I could most effectively communicate the Word to my congregation. I would be finishing up preparation for the rest of the worship service. I would be calling a few people to check on them. I would be planning the next few weeks and months and looking at ways to fulfill the tasks of the church. I would be devising strategies for increasing the church’s impact in the community and the world. I would have a full agenda. I would be busy.

If I were, say, a writer, today I would be writing. I’d be sitting at my computer or in front of my typewriter. I would have my pencil and notebook. I would be putting fingers to keys or point to paper. I would be thinking of the right words to say what’s on my mind. I would be agonizing over grammar and syntax and spelling. I would be busy.

Let’s say I were, I don’t know…a designer. I’d be upping the level of my creative skills so that I could take my designs to another level. If I were a salesman, I’d be calling on customers and familiarizing myself with my products so I could match the two in effective ways. Suppose I were a teacher. I would be helping my students grasp some concept. I would be grading their work and providing feedback to help them improve.

I need to stop making the excuses and get busy. I might not become the next great ___________, but I will likely be closer to it that way than if I sit here in a subjunctive mood.

What do you want to be? What would you be doing right now?

Why not do it?